The Home of Arizona Goat Yoga

“This is the best day of my life!”

Just a small description of what the goat-centric classes have to offer besides t-shirts and an entire hour to take as many photos as your friends can receive via snapchat. The new form of yoga is a one of a kind experience for those brave enough to be under the belly of a goat (Yes, you read that right, under the belly of a goat). Although one might be thinking, “well I’ve never done yoga, and I’ve never been around goats”, but that’s a great place to start, the classes offered are designed from beginner to complex yoga positions and everything in between. The group is lead by April Gould, a renowned goat farmer/”whisperer”, and Sarah Williams, a local Arizonan paddle-board yoga instructor, as they instruct participants into different yoga positions and allow the goats to climb on top of them. With classes having up to 100 participants at any one time it is a massive party with goats and yoga!

Who comes up with these things?

Well there are two types of goat yoga that were created coincidentally within two weeks of one another, animal-assisted therapy goat yoga, and the “showmanship” form of goat yoga that we see in viral videos. The animal-assisted therapy is designed for the participants to share in a calm and serine experience with goats, allowing the goats to act naturally. The showmanship type of goat yoga has goats who are trained to climb on top of participants, allowing for many different configurations of human pyramids, partner yoga positions, single person, etc.  This type of goat yoga had began as an acrobatic yoga/boot camp exercise developed by AZ Goat yoga founders, Sarah Williams and April Gould back in the year 2014, when April began training her goats to climb on top of her in her preperation for the T.V. show,  American Ninja Warrior Season No. 7. The love for the goats and passion for the exercise eventually led to a full production of classes open to the public in 2016; Arizona Goat Yoga was born.

A new home below the San Tan Mountains

These classes quickly gained popularity through viral videos and social media prompting an expansion to a larger facility that could hold the 100+ participants. Thus they decided to move to The Welcome Home Ranch, which features large green grazing pastures on a property nestled below the scenic San Tan Mountain Range, a perfect fit. When this concept was originally presented to the Ranch Manager, Johnny Haggard, he didn’t realize how big the idea would get, but the classes have consistently sold out and even featured on various news channels across the valley such as FOX 10, ABC15, AZFamily 3TV, and as far as CBS New York. Goat Yoga has become more than just a short-lived fad but rather now an ongoing trend that has taken hold in the community and all of the gentlemen here on the ranch are happy to share our home with the folks of AZ Goat Yoga!

For those of you needing a new experience in your lives click the button below to schedule a class! And while you’re at the ranch don’t forget to stop by the Ranch Store for any pet/livestock feed or horse boarding needs! 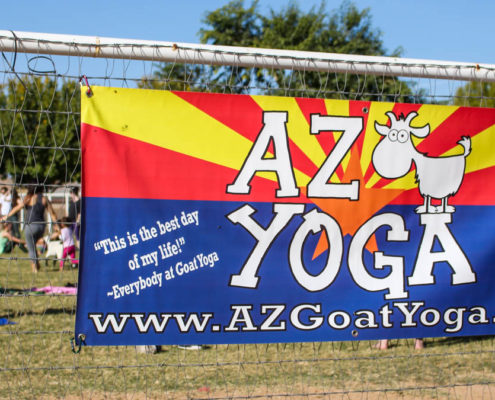 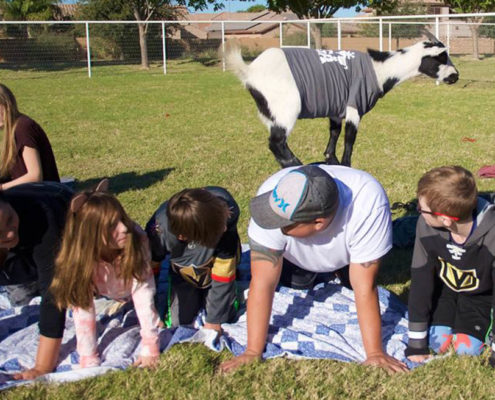 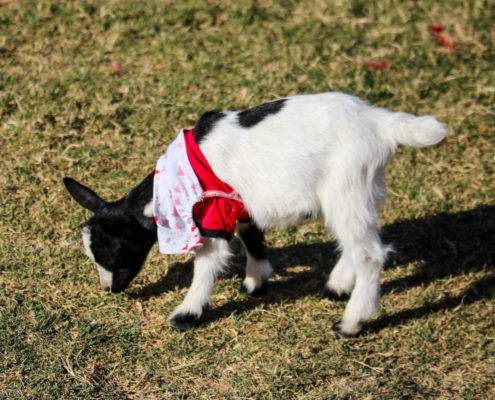 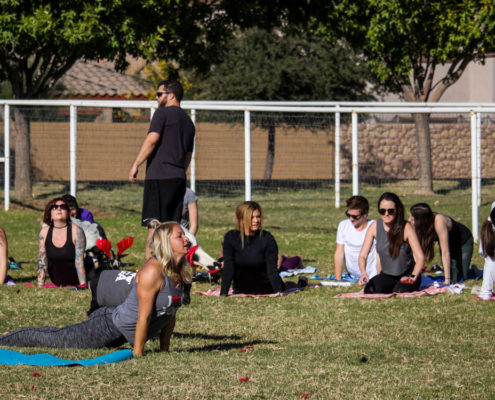 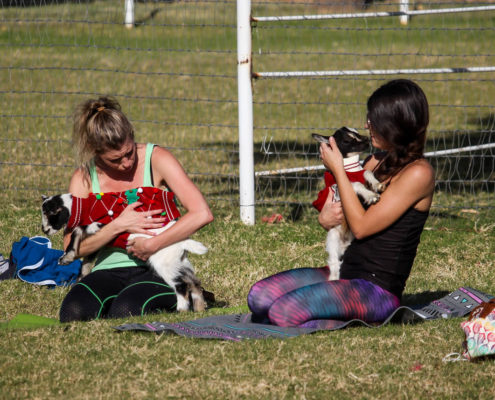 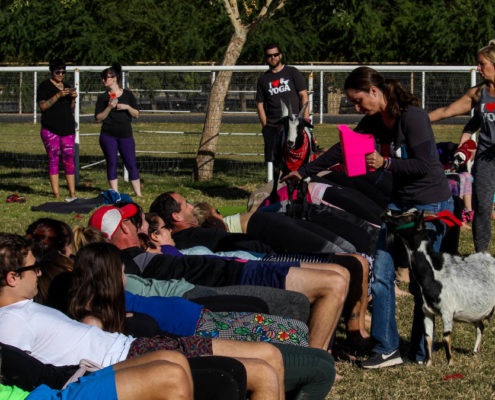 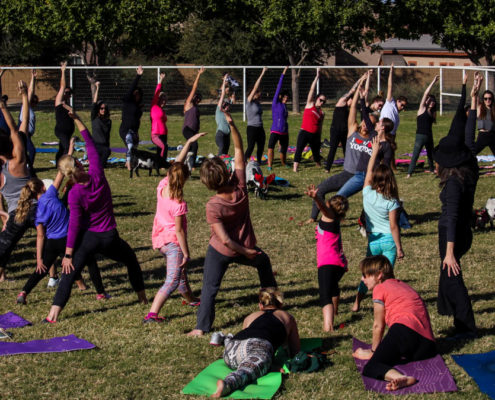